Composition of the Board

The Chairman as an Accounting Officer is charged with the responsibility of overseeing all the relevant activities of the Board. He is to carry out mass mobilization of the general public and entering into a partnership with communities and all stakeholders on Basic education to achieve overall objectives of Universal Basic Education Programs in the State. The Chairman shall hold office for five (5) years and eligible for re-appointment for a further period of five (5) years.

The Board Secretary is responsible for the day-to-day administration of the Support Services Department and keeping records of the proceeding of the Board or Committee as the case may be and reports to the Executive Chairman. 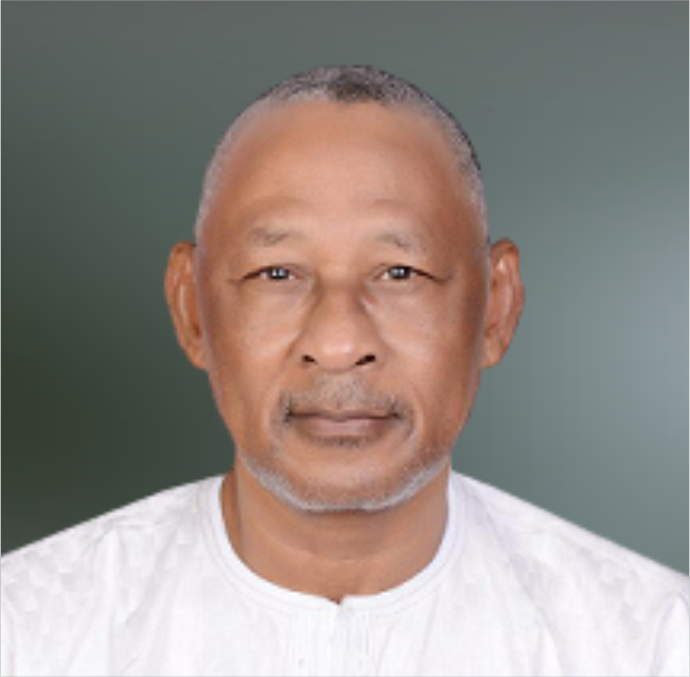 TIJJANI MOHAMMED ABDULLAHI – BSC, MSC, FCNA is a retired Investment Banker with experience in Banking, Investment Management, Finance, Privatization and Planning. He holds a Bachelor’s degree in Accounting from Ahmadu Bello University, Zaria (1979) and a Masters Degree in Banking and Finance from Bayero University, Kano (1998). He attended several Management and Leadership programs at Harvard Business School, U.S.A, including Program for Global Leadership (2001), Advanced Management Program (2003) and Leading Change and Organizational Renewal (2007). He is a Fellow of Association of National Accountants (ANAN).

He has worked in the banking industry for over 20 years at top management level. In 1997/98, while pursuing his masters’ degree, he worked as a consultant for some USAID implementing partners in the health sector such as PPFN and BASICS to support a number of NGOs. Upon completion of his program, he joined Intercity Bank Plc as General Manager International Operations and later was appointed as Deputy Managing Director of First Interstate Merchant Bank Ltd. In 2000, he joined the Bureau of Public Enterprises as Director Operations where he served till 2004.

Tijjani moved to the Federal Capital Territory Administration as MD/CEO Abuja Investment Company Limited (AICL) and was a member of the FCT Executive Committee from 2004 to 2007. He retired from both the bank and public service in 2007 to set up his own consulting firm. In 2016, he was appointed Director General, Budget Office of the Federation and was later reassigned as Special Adviser to the President on Planning, where he served until May 2019. 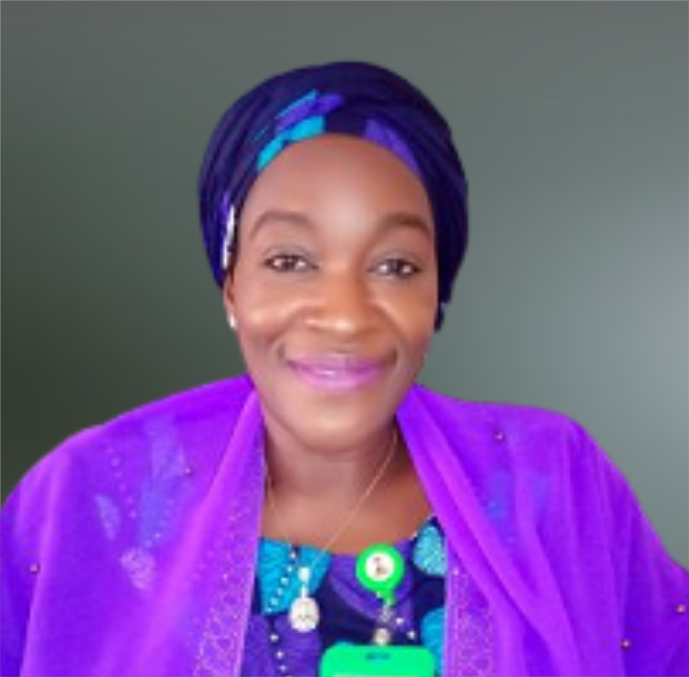 Dr. Christy Alademerin is currently the Permanent Member Human Resource Management (SUBEB). A seasoned Educationist who hails from Kaduna State. Dr. Christy holds a Ph.D in Educational Management & Leadership from the prestigious and Apex Universiti Sains Malaysia (2016), MBA (Human Resource Management), University of Derby UK (2012), B.A (Eng) Usmanu Danfodiyo University Sokoto (1991) and a Nigeria Certificate in Education (Eng/History) (1988) from Kaduna State College of Education Kafanchan. She is also an Education Consultant with a passion for educational research and has performed consultancy services and school start-ups in the FCT and environs. She has many years of teaching experience.

Prior to her position as a Permanent Member, Dr. Christy worked at Kashim Ibrahim House as Special Assistant (Admin) to the Senior Adviser Counsellor II and Special Assistant (Admin) to the Deputy Governor. She has attended many conferences, seminars and workshops in and outside Nigeria. Dr. Christy also has to her credit, a number of published and unpublished works. 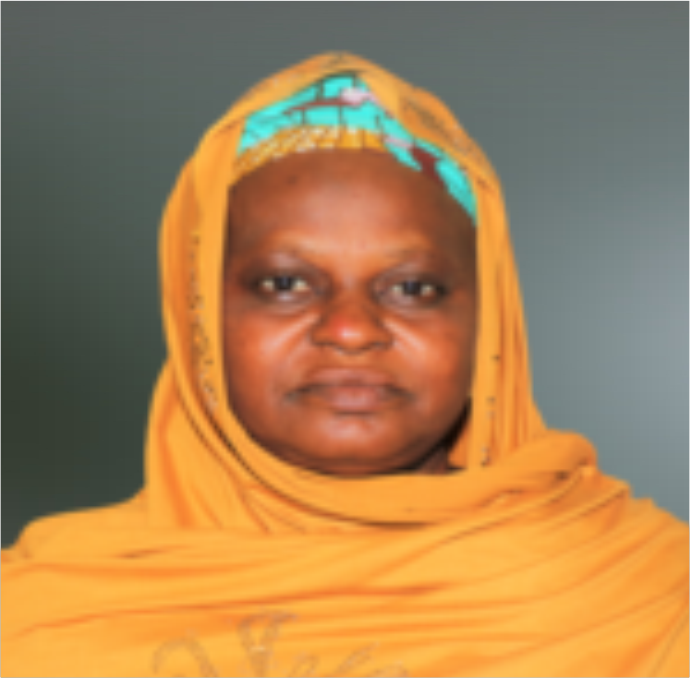 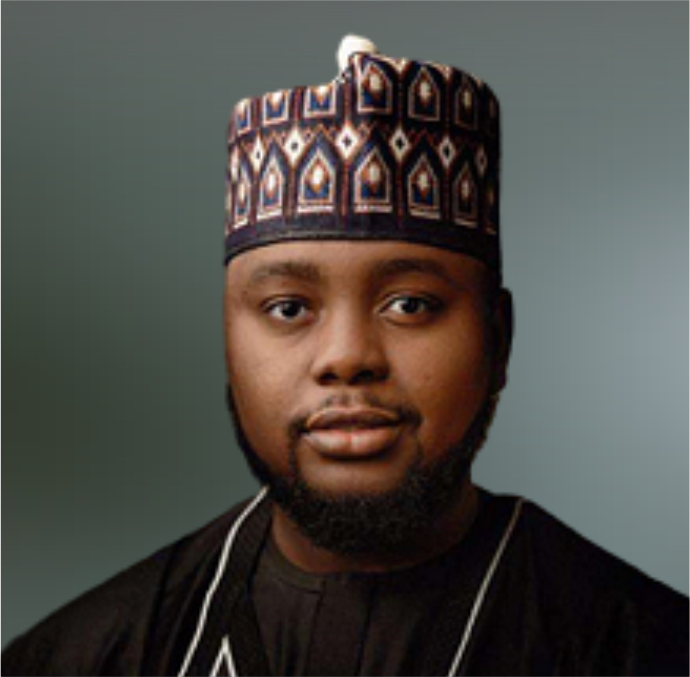 Mubarak Mohammed – Mniqs, Rqs, currently the Permanent Member, Project Management is a Quantity Surveyor with 7 years’ experience in the Construction industry. He holds a bachelor’s degree in Quantity Surveying with honors from the Birmingham City University, Birmingham, United Kingdom as well as a Masters in Facilities Management from the Ahmadu Bello University, Zaria. He coordinates the overall planning and implementation of the Kaduna SUBEB’s projects.

Mubarak also doubles as the Secretary, Kaduna State Infrastructure Development Council, one of the five (5) Policy Councils created under the State Executive Council. Prior to his current position, he was the Senior Special Assistant to the Governor on Programme Implementation and Monitoring where he was responsible for facilitating and monitoring of all government projects.

Seeking continuous self-improvement as a means to impact society, Mubarak has attended several Seminars and Trainings both home and abroad notable amongst which is a Seminar on the Construction and Management of Industrial Park for Nigeria held at Tianjin, in the People’s Republic of China. Mubarak also holds a certificate in Advanced Project Management from London Corporate Training. He is a corporate member of Nigerian Institute of Quantity Surveyors (NIQS) and a probationer member of the Royal Institute of Chartered Surveyors (RICS). He is a registered Quantity Surveyor and Project Manager by Profession. 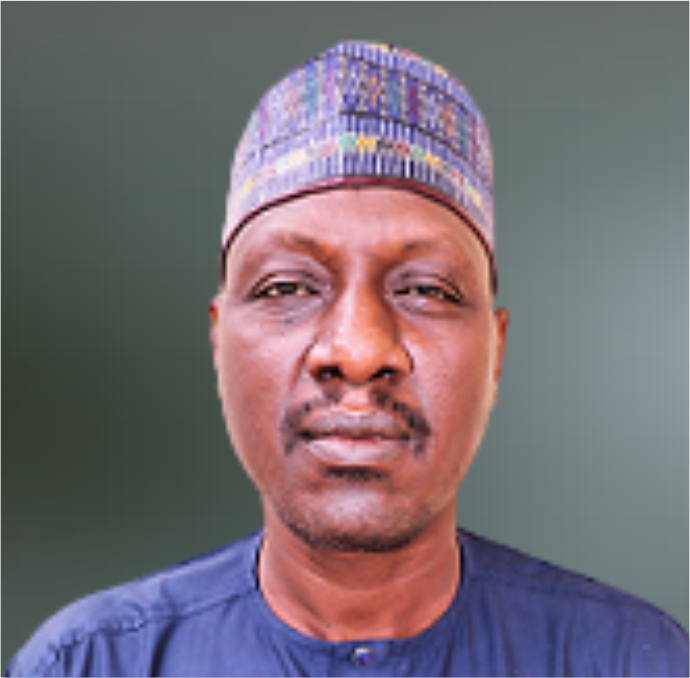 Born 55 years ago in Zaria, Ahmed Sani currently the Director, Human Resources Department is a seasoned administrator with public and private sector experience in Human Capital Development, Finance, Banking, Public Relations and Project Management. He obtained a Bachelor’s degree in Mathematics & Statistics from Ahmadu Bello University Zaria in 1993 and a Masters in Banking & Finance from Bayero University Kano in 1997. He attended various public service and private sector courses in Management and Leadership from institutions like Public Service Training Institute, ICPC, EFCC, DSS, Agusto & Co., International Academy of Management, LEAP Africa and others.

Ahmed was a pioneer staff of GT Bank Plc and was part of the team that set-up the first Branch in Kano from where he started his career in Human Resources and other Banking operations. He joined the change processes and unbundling of NEPA (currently PHCN) and later joined the National Hajj Commission of Nigeria (NAHCON) as the Chief Statistician and Head of Hajj Savings Scheme.

Ahmed is a creative and solution-oriented administrator that views data-driven decision making in Human Resource management from his wealth of public sector and private corporate experiences to optimize our human capital development.

Ahmed is a Public Relations specialist and Member of the Nigerian Institute of Public Relations (NIPR) and a Certified Project Manager from CPM Institute, Lagos. He is happily married and blessed with children. 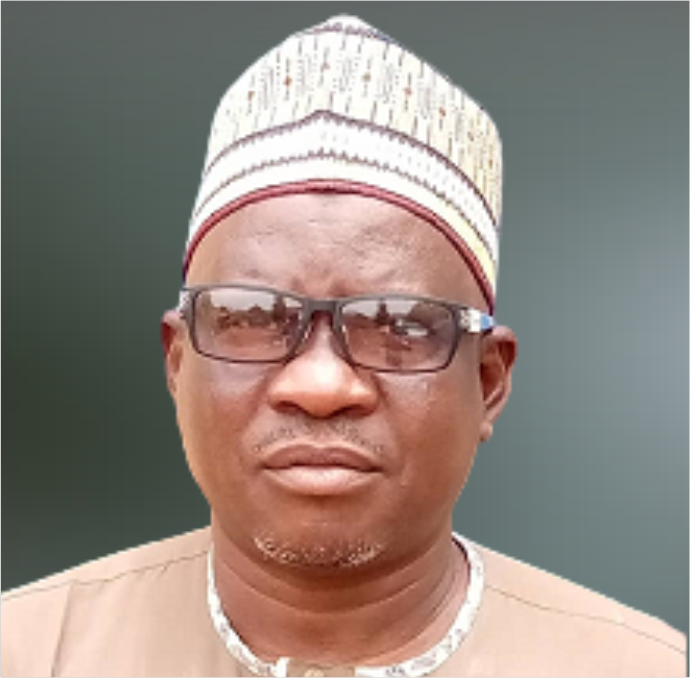 She began her career as the Secretary to the Registrar of the Nigerian Turkish Nile University and was saddled with the responsibility of been the Secretary to Six (6) Senate Sub-Committees. She then joined the Nigeria Deposit Insurance Corporation Cooperative Society as the Account Officer. She was also a Management Consultant into Reform of Cooperative Societies and Automation of Financial Reports.

She was a conference marker and Accessor with ANAN from 2016 to 2019, She was a member of the Audit Committee ANAN from 2017 to 2019. She is currently a member of the Examination Committee and Examination Malpractice Committee Association of National Accountants of Nigeria (ANAN) her last employment was with National Biotechnology Development Agency as Head of Accounts for Bio resource Development Centre Bogoro, Bauchi state. 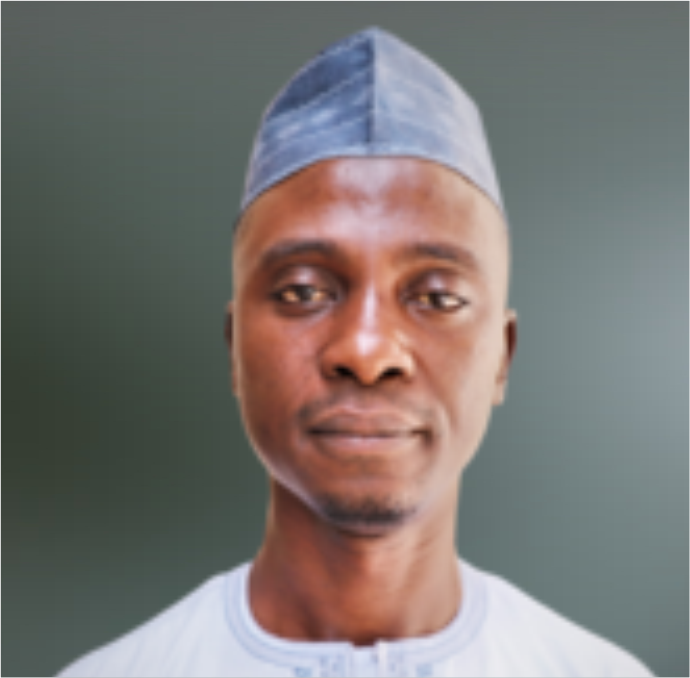 Nurudeen Mohammed holds BSc. Economics from Usmanu Danfodiyo University Sokoto in 2001 and Masters in Business Administration from the Nigerian Defense Academy Kaduna in 2013. He began his career as a Planning Officer II in September, 2005 and rose to the rank of Chief Planning Officer in January, 2018. He started work with the Kaduna State Local Government Service Board; his service was transferred to Kaduna State Planning and Budget Commission in July, 2017.

He was posted to the State Universal Basic Education Board as Ag. Director Monitoring and Evaluation in November, 2019 Nurudeen Mohammed is married with Children. 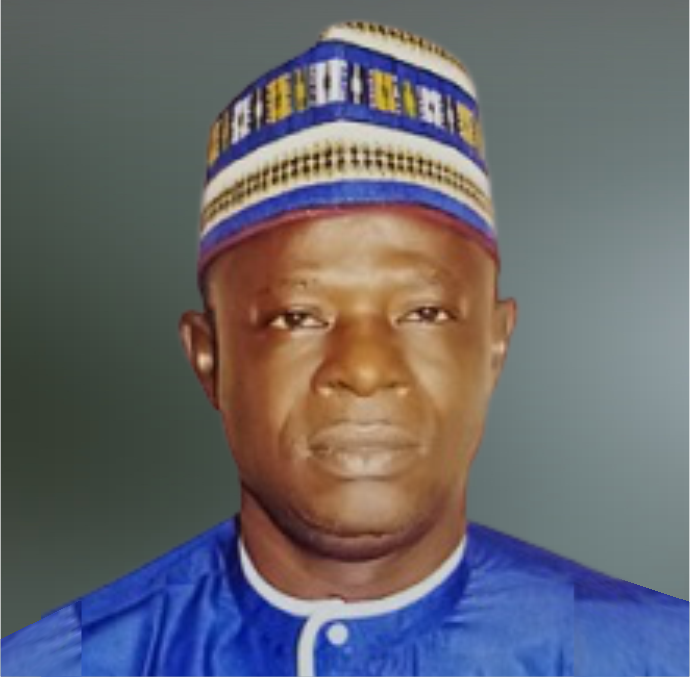 Tanko Sulaiman Musa Aliyu is a team player. He hails from Kaduna South Local Government Area in Kaduna State. He is a seasoned educationist and a teacher by profession. He had his National Certificate in Education (NCE) Technical in 1992, Bachelor’s Degree in Education (B.Ed) Technology from Ahmadu Bello University (ABU) Zaria in 1995. He is an Education Quality Assurance specialist, also an awardee of National Productivity Centre Abuja. He is the Director Quality Assurance Department.

Mohammed Munir Othman hails from Hunkuyi, in Kudan Local Government Area of Kaduna State. He is a quantity Surveyor by profession. He is a graduate of Quantity Surveying from Ahmadu Bello University-Samaru Zaria in 1998, Post graduate Diploma in management and Masters in Business Administration and Masters from Ahmadu Bello University (ABU) Zaria. He is currently the Acting Director of Projects Monitoring Department of KADSUBEB. 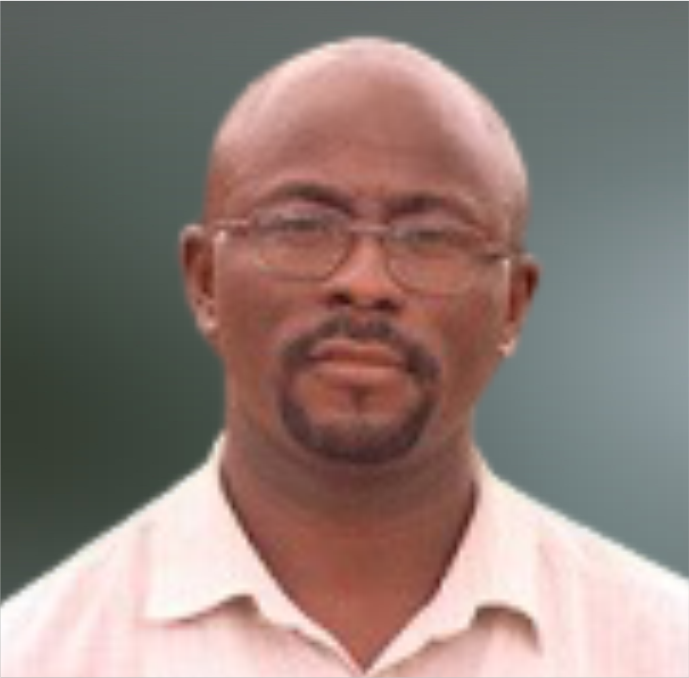 Amos Jacob Aboy HCIA is currently the Head of Information Technology (ICT) KADSUBEB. He hails from Kaduna State and hold a Masters Degree and Post Graduate Diploma in Information Technology from National Open University, Nigeria, a Bachelor of Science (B.Sc.) in Accounting from Ambrose Alli University, Ekpoma, Edo State and Higher National Certificate in Dataprocessing & Programming from University of Lagos.

Amos is a Huawei Certified ICT Associate (HCIA) with thriving background and more than a decade of far-reaching work experience in the field of ICT. He has attended many ICT online and onsite seminars and workshops in and outside Kaduna. He is happily married and blessed with children. 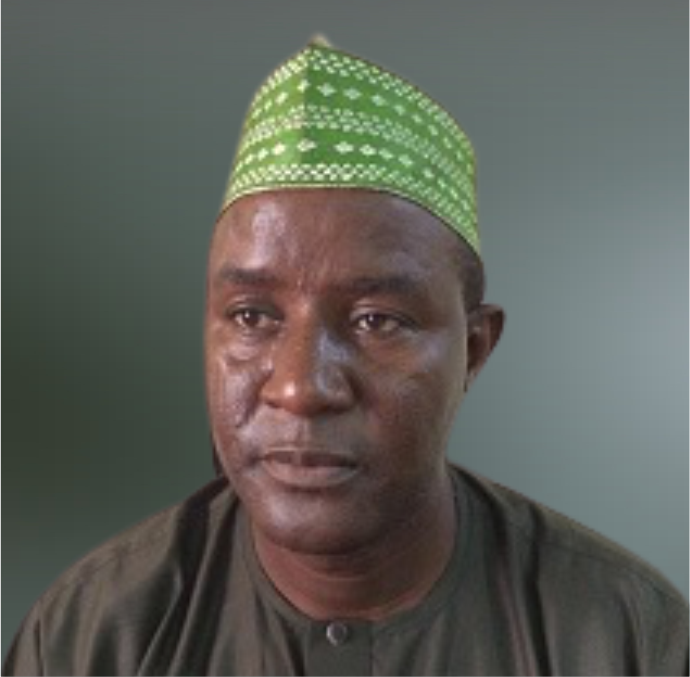 Abdul-Aziz Isah hails from Sabon Gari Local Government Area of Kaduna State. He had his primary and secondary education between 1977 and 1988 and his higher education in Nuhu Bamalli Polytechnic former Kaduna State Polytechnic, Zaria (HND) 1997, Ahmadu Bello University Zaria MBA(2004). He obtained his professional qualification with Institute of Certified Public Accountant of Nigeria, 2017. He has been coordinating the affairs of the Internal Audit Unit since 2019 to date. 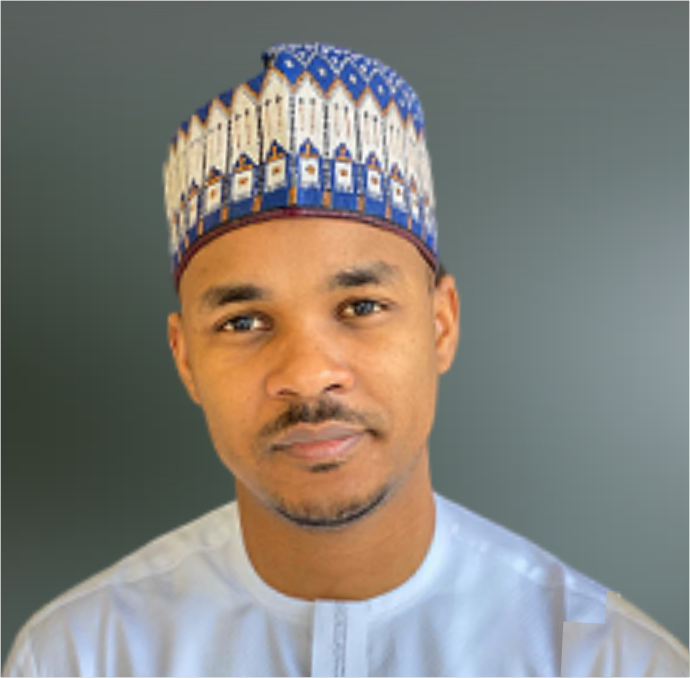 Haruna Usman is a graduate of Electrical Engineering (B.Eng) Kano University of Science and Technology, Wudil. He is currently the Head of Procurement KADSUBEB. He is a highly proficient and result oriented professional with thriving background credited to Public Procurement Management, Vendor Management, Negotiations, Market Survey, and Analyses. Haruna also has to his credit, almost a decade of extensive work experience in the field of Procurement Planning, Evaluation, Compliance and Strategy.

Building Education
from the Basics

Do you have input on how to improve our services?

KADSUBEB is the principal body charged with the responsibility of delivering Basic education has its vision, mission, core values, and benchmarks.

Subscribe to our periodic newsletter to keep abreast with Kaduna SUBEB.